The true composer, Roman Hoffstetter (1742 - 1815) was a monk of the Benedictine Association in Austria, and was not a professional composor. In addition to the six string quartets that have been misattributed to Haydn, christian musics and instrumental musics, including ten songs of Mass are known.
The misattirbuted composer, Franz Joseph Haydn (1732 - 1809) was an Austrian, composed numerous symphonies, string quartets, and is called "the father of symphonies" or "the father of string quartet". The melody of the emperor hymn "Gott erhalte Franz den Kaiser" which was also used for String Quartet No. 77, 2nd movement is currently being used for the German National Anthem. There are many false musics that are named after his name, and about 40 titles with Hoboken number are nowadays regarded as counterfeit.

"Six String Quartets" (Op. 3, Hob.III: 13 - 18) was recorded in the Haydn String Quartet Complete Works published by Pleyel in 1801 under the authorization of Haydn, so they were believed as Haydn' works a long time. In fact, Roman Hofstatter who worshiped Haydn, wrote the musics in reference to the style of Haydn, and they were published in the name of Haydn who was popular at the time by Bailleux in Paris in 1777, and the true composer has gone. Bailleux also seems to have been a stingy publisher that had published works by another person as works of Haydn. Hofstätter was said that he could not get legitimate consideration for composition and was economically extremely distressed.

These six strings of string quartets seemed suspected of counterfeit from around 1939 due to the difference with Haydn's style, and in 1964, Alan Tyson and Howard Chandler Robbins Landon discovered the original of the Bailleux version and found traces of erasing the composer's name in the two works 3-1 and 3-2. this evidence and some other discussions definitively prove the forgery, and it was revealed that it is a work of Hofstätter. After 187 years since its publication as a Haydn's work, a true composer was finally revealed. 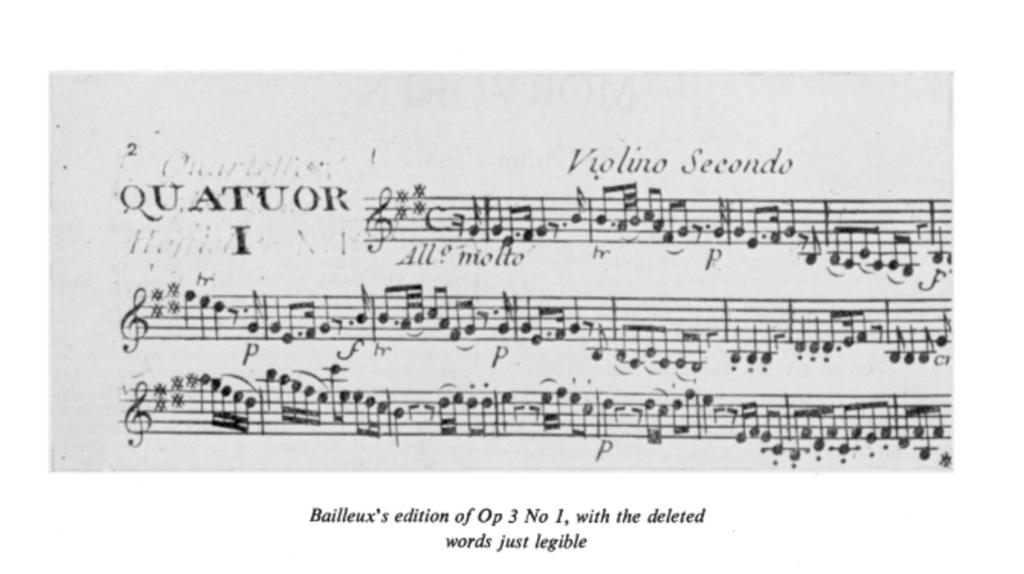 Today these string quartets are said to be Op.3 in general, but in the era of Haydn, publishers seemed to have devoted their work numbers without permission, Op.26 was devoted to it.

"Haydn's serenade" is so famous that arranged versions for piano are countlessly counted, but I tried arranging it for myself.

(Hoffstetter) Haydn - Serenade for strings for Piano by akohuziwaka musescore.com